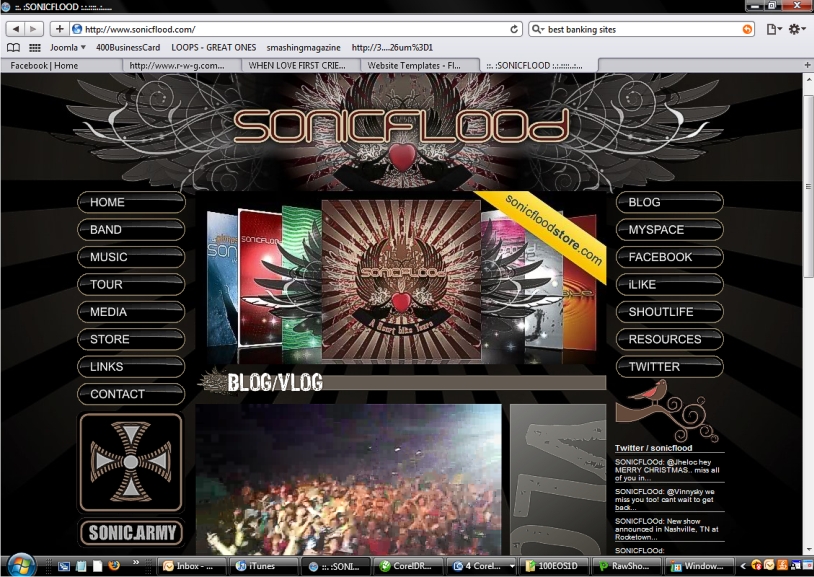 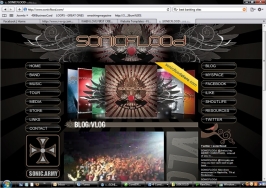 Talk about a divine appointments:  A friend of mine was opening for the band Sonicflood, and they graciously asked me to back them up on keys for an acoustic set.  Now let me stop here and explain who Sonicflood is if you are not into worship music…

Sonicflood was one of the first worship bands to make music to God in modern relavant style.  They are known as the “fathers of modern worship” and live up to the name.  Today their music is still the standard for their industry.

After the concert, I was ready to leave, but wanted to tell the band how much I enjoyed their set.  I am reluctant to EVER do that, because my thought is, “who am I and why would they want to talk to me?”  Anyhow, Rick Heil would not let me just leave with that closing statement and struck up a conversation asking me what I did for a living.  The second I said “web designer” he replied, “WE NEED TO REDO OUR WEBSITE!”   He verbally gave me his email and I thought I would never hear from him again.  God had other plans.

God put a stop on all the work I had coming in, so I worked up some design ideas and shot them over to Rick, before I knew it, we were collaborating on exactly what he wanted and refining the details. Then I get the call that Sonicflood is preparing for a Today Show appearance and wanted the site launched the next day!

It got done and that was just the start of a very rewarding business/friendship.